Last night, I went down to Delaware for the Delaware Furbowl, run by

kitt3ns. It was my first one ever, and I rather enjoyed it! 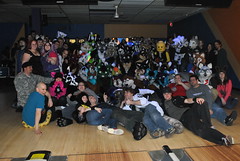 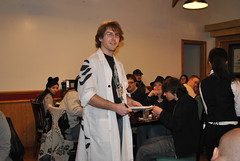 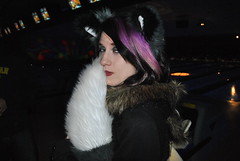 What some folks might not know is that I spent a good deal of time in league bowling when I was younger. 17 years, in fact! So naturally, I was happy at the chance to be able to bowl again, as well as hang out with other furries! One thing that was very cool about this event was that there were a few lanes set aside for "serious bowlers". I camped out on those lanes, along with

whitefeet, Greywolf, Delray(?), and a couple of other folks. 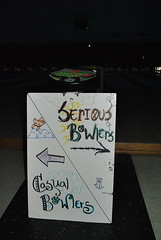 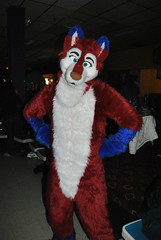 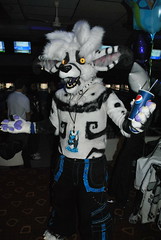 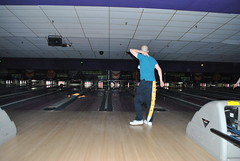 The lanes were really dry, which caused our balls to hook rather sharply in the last 5 feet of the lane. Once I got used to this, I was able to start making more strikes and spares, and did better in each subsequent game. I could have broken 200 in the last game had I not choked in the 10th frame. :-P 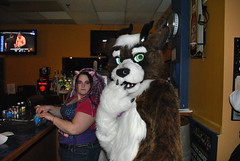 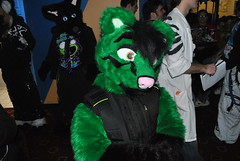 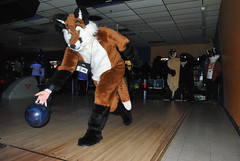 I remember after the event, some of us went to Wawa for sandwiches. I was still wearing my tail, and a couple of non-furries pointed to me and yelled, "Hey! Chester Cheetah!" Man, everyone thinks I'm a cheetah. 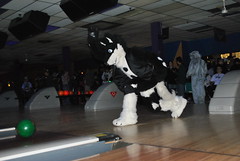 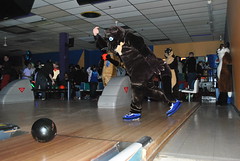 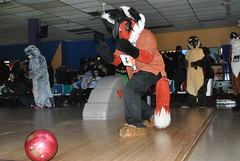 I very much would like to attend future Furbowls, the big challenge for me is just securing transportation down there and back, since I do not currently own a car. Trains are less viable for me for this event, since having to lug a 16 pound bowling ball around on the train is not fun.

The rest of my photos can be found here, but I'll leave you all with this final group shot: 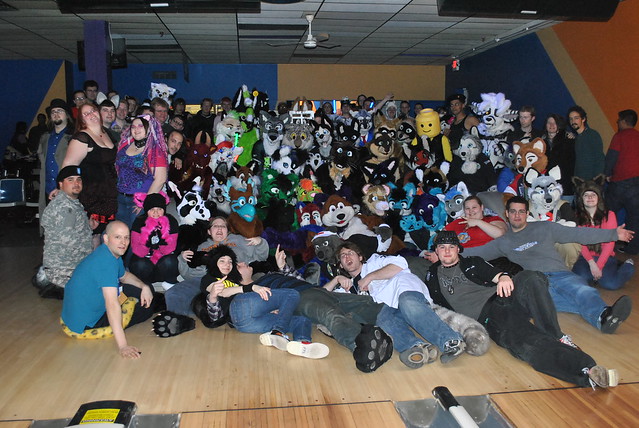