Wow, this took a long time to write. :-) It was something I had been procrastinating on for awhile, mostly on account of me not uploading my pictures. Now that all of my pictures are up on Flickr, I can get down to writing about the con.

Anthrocon 2009 started for me on the Tuesday evening before the con. I met up with

staghorne, and Pinky in Philadelphia. I picked up a rental car, and we headed out to Pittsburgh. Ethan brought along an iTrip and we took turns listening to each others' iPods. 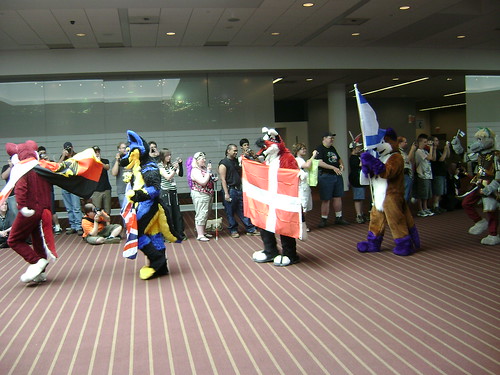 Wednesday was a pretty calm day for me. I got Ops set up and running, and then got the Registration computers set up later in the evening. This year was a change, as I was tasked with writing the convention's registration software. So I made sure I had extra time to get everything set up and tested well in advance.

Come Thursday, I was starting to get the pre-launch jitters. People were lining up for onsite registrations, and I wanted to be sure that my software would work properly.

nikvulper even remarked to me once that I had my "game face" on. When Registration did finally open around 3, I was please to see that my code did actually run properly. Other than making periodic backups and checking that the slave database server was staying in sync, I didn't have any serious work to do in Registration the rest of the weekend. 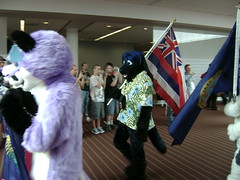 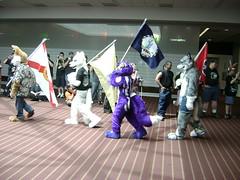 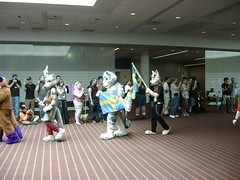 On Friday, I danced a bit in DJ Protocollie's dance that night, then swung by my room. I found waiting for me a 10-pack of small bottles of different Swedish liquors, courtesy of Ethan, and a printing out drinking songs to sing with them. Ethan explained that you were supposed to sing between shots. I just stared at incomprehensible Swedish between shots. (Swedish is almost as difficult to understand as Danish is, I might add :-)

Saturday was the quietst day for Con Ops. I spent a fair amount of time out and about the con that day. It was also the day we held the fursuiter parade, where a total of 640 fursuiters marched in it. I remember when the number was announced over the radio, I had to ask that it be repeated, because I wasn't sure I heard it right the first time. 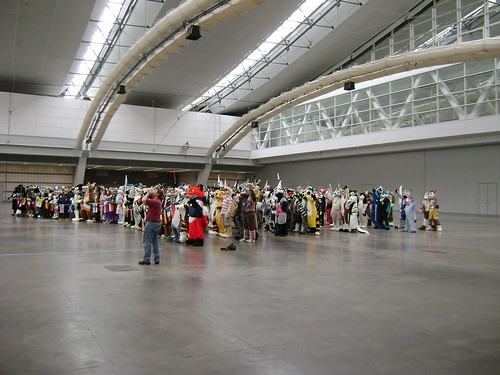 Sunday was the "let's wrap things up day". Registration and Ops were winding down. All I had to do in reg was run final stats, make a final backup of the data, and pack up the computers. The total number of attendees at Anthrocon 2009? 3,776 attendees 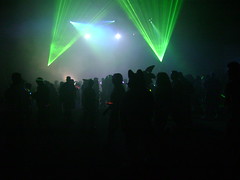 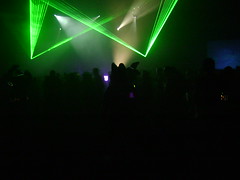 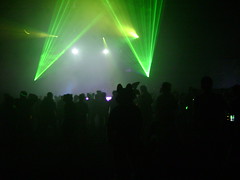 neogeen has tons and tons of ideas for you.

Thanks for reading, and thanks for coming to the con.
Collapse