Had a pleasant experience at FurFright the other weekend. While there were 979 attendees in total, the con didn't feel like there was nearly a thousand people present. This was probably due to the overflow hotel being some distance away and people heading off site for food, as well as furs going to the attached water park.

Once again, I worked security with the Dorsai Irregulars. Things were pretty quiet there, too. The attendees were well behaved, and the room parties were quiet. As for that crazy GM at the hotel, we did the best that we could under the circumstance. The rest of the hotel staff (especially the bartenders) seemed pretty cool and seemed to enjoy us.

I got to direct fursuiters during the first fursuit parade, and was in a location where I could take a bunch of pictures: 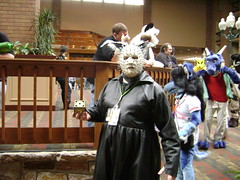 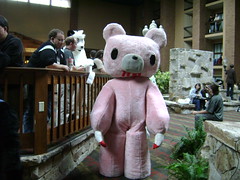 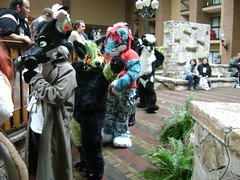 Yeah, that's a furry Pinhead. That is a very nice box he's holding. I need to find one like it.


Cakecon did their thing again this year: 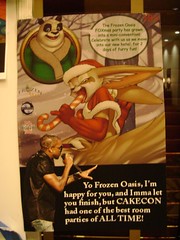 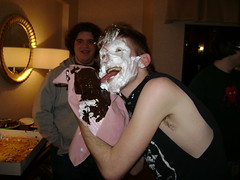 I wish I had more pictures from the party, but other than checking on them when I was on duty, I didn't get off duty until 1 AM, at which point all I wanted to do was sit down and have my first (and only) beer of the evening. :-P

Of course, we also had our share of weird and silly this year: 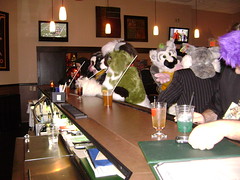 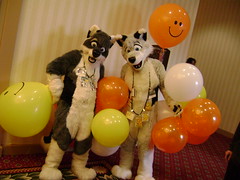 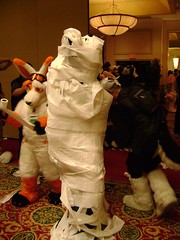 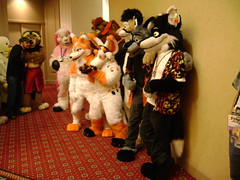 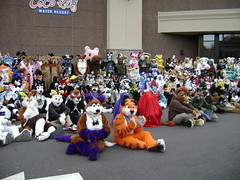 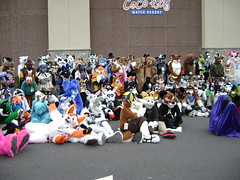 Other than that, I spent most of the con relaxing, chatting with friends, and generally having a good time. I think I'll return next year.
Collapse