A couple of weekends ago,

foxlord, Agri, M4, and myself went to Seaside Park/Seaside Heights for the weekend. It was a nice way to relax after previous events.

Hurricane Bill was off the shore that weekend, so we weren't allowed to go out too far into the waves or bodyboard, but we did get to still have some fun in the ocean.

If you're looking for pictures of the beach itself, you won't find those here. I know better than to take my camera onto the beach during the day. Instead, I have pictures from the evenings: 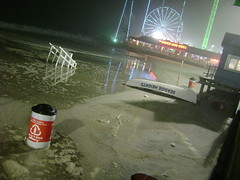 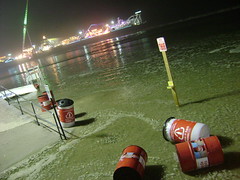 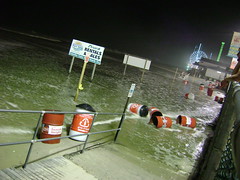 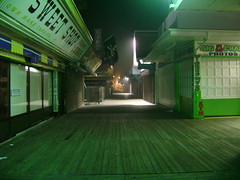 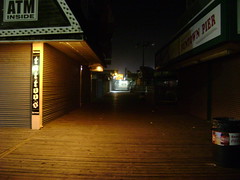 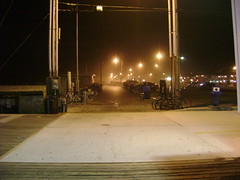 The Boardwalk at about 1:30 in the morning.

I think the strangest thing about this trip was on Sunday morning, when people were out on the boardwalk handing out fliers for some guy who was running for New Jersey State Governor. Why were they handing these out to a crowd that consists mostly of tourists? Doesn't seem too smart to me.

Finally, on the way back home, Omni and I saw this: 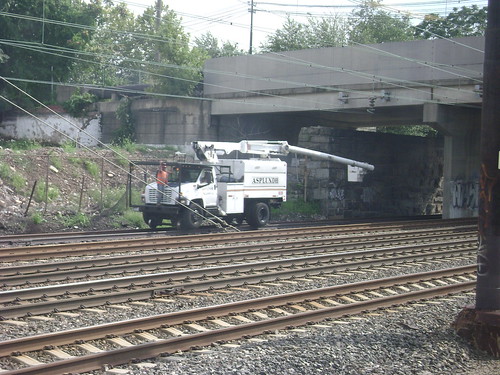 Yes, the gentleman was hanging off the front of the truck while it was in motion. Doesn't sound like the safest/smartest thing to me.
Collapse