I spent the last weekend in Chicago, working at the 15,000 person convention known as Anime Central, or ACen for shirt. I worked on their Incident Response Team (IRT) during the night shift, which involved many duties similar to security at other conventions, but much more structured because of the size of the convention and the number of people working IRT. 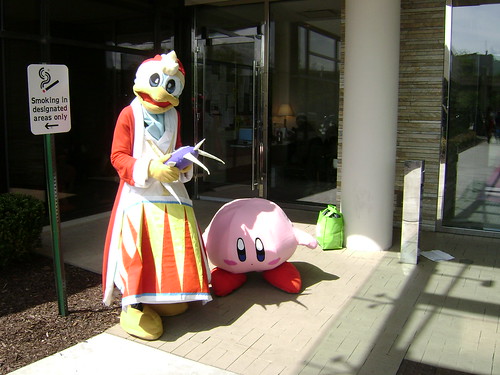 For example, we divided up the hotel into areas known as "beats". When you went on roving duty, you were assigned to a specific beat, which you had to walk on a regular basis. Oh yes, there was lots and lots of walking at this con. :-) We all worked with partners as well, which was a great way for folks on IRT to get to know each other, and pairing up more experienced ops with less experienced ops provided a great learning opportunity for the less experienced person.

ACen did something else I've never before seen at a convention: they had a dispatch room. If you were on duty with a radio and you needed to call something in, you usually didn't call your superior, but instead called Dispatch. Dispatch then logged the call and made the decision on what to do

There were also a surprising number of furries and proto-furries who attended the convention. I didn't think there would be as much overlap between furry and Anime as there was. 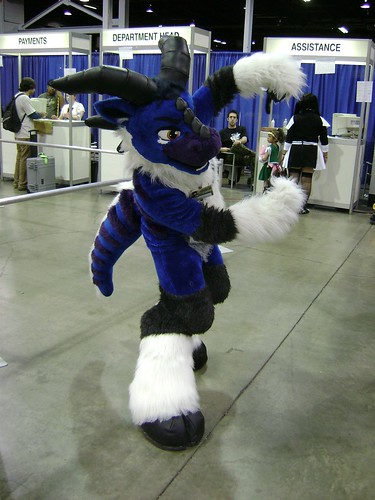 linnaeus came by and we did lunch. All I remember was getting off of night shift and going to sleep around 7 AM, and being woken up by a 2:30 PM phonecall from Duncan telling me they were there. :-P

Everyone on IRT was loaned a black vest to wear. This had the benefit of being highly visible, plus it gave us pockets to carry around water and food in so we could stay hydrated and fed while on our beat. 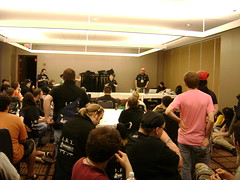 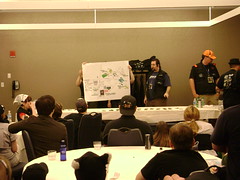 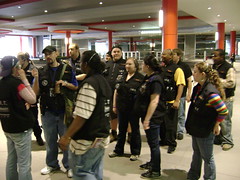 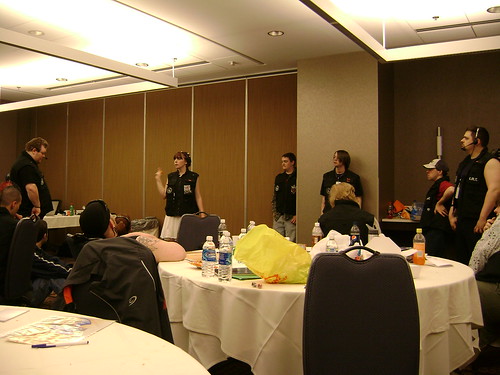 Did I mention how cool the people working IRT were? There were many dedicated ops who worked long hours in what was essentially a volunteer position. That really made the convention an enjoyable experience for me, and I think I'll be going back next year.