This year's Furry Connection North was another heck of a convention! With 727 attendees, the convention's attendance nearly doubled over last year! Clearly, the current state of the economy did not hurt this year's event.

I did something a little different this convention. A few months back, I made it a point to start saving all of my $5 bills when getting change. By the time FCN rolled around, I have a few hundred dollars in $5s. Aside from the strange looks I got from my bank teller when turning all of those $5s into larger bills, this provided me with a convenient way to set aside some spending money for the convention. Even though my total amount of money did not change, being able to set aside cash meant that I actually spent more on artwork and books at this convention. That's a win-win for everybody!

cliff_husky!). I did get to make up for this on Sunday though, by attending closing ceremonies, the live Method 1 show, and Gir's dance, which totally rocked.

This new hotel was also full of win. The staff loved us. One of the bartenders decided on Saturday afternoon that she just had to have a tail to wear, so I ended up loaning her one of mine. I am told that this boosted the amount she received in tips. :-)


Other things that made FCN cool:

- All the food places within walking distance.

- Everytime someone said the word "asshole" and

film2edit was in hearing distance, she would pipe up with "100% asshole?"

- The few noise complaints I handled, the occupants of the rooms were very nice and very apologetic. That made the con that much more enjoyable to work.

- A reasonably priced lunch/dinner menu at the hotel's restaurant.

- Cardboard cutouts of Obama and George Bush. They made for nice party items.

- Getting to chat with

duncan_the_dog, who swung by Con Ops in the middle of an otherwise boring late night security shift.


Oh, you wanted to see some pictures? Sure! 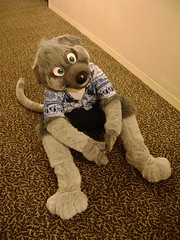 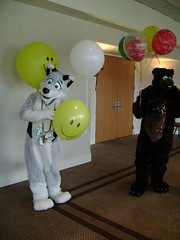 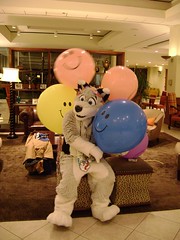 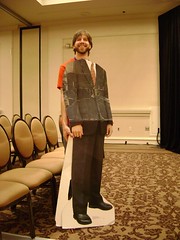 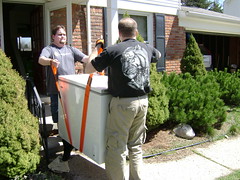 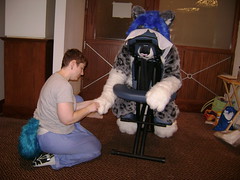 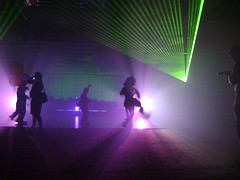 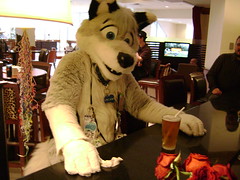 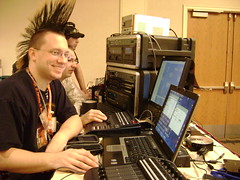 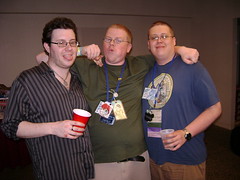 The full set, as always, can be found on Flickr:

My next non-furry con will be Anime Central, which I will be working security at. And I leave for that, uh... tomorrow morning! My next actual furry con after that will be Anthrocon.
Collapse