Just uploaded my pictures from MagFest, which I worked on the first weekend of January. It was a contract with the Dorsai Irregulars, so we were working security and badge check for the con. 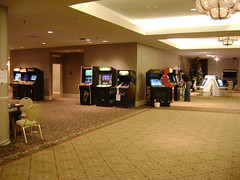 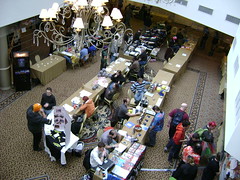 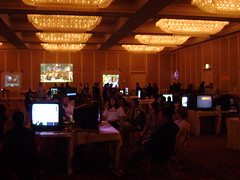 One of the more memorable things about this year's MagFest was that we had a staff suite, complete with an actual chef, who cooked breakfast and dinner. Getting real cooked food without having to go offsite or order out was a really nice perk at this year's MagFest. I hope they continue it next year.

There was also a contest of the game Nibbler, which was held at MagFest during the weekend: 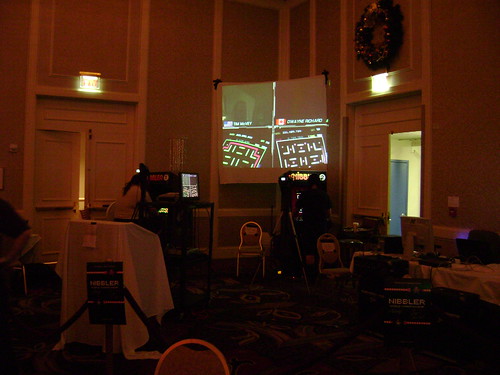 Unfortunately, according to Retro Thing, Dwayne Richard's machine froze just shy of half a billion points, forcing him to abort his attempt.

Also, the Chairman of MagFest dressed up as a Wiimote: 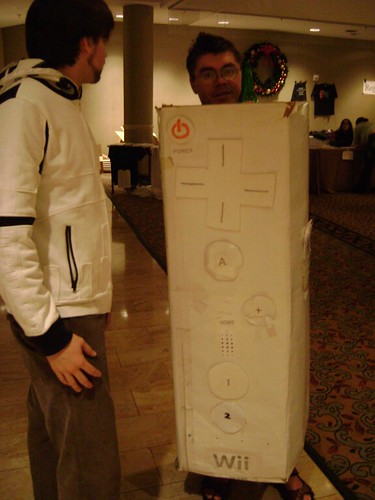 The Dorsai Irregulars also won an award at the MagFest awards ceremony. It was for "Best Hats". No, really!

If anyone is interested, my full set of pictures can be found here: